Drummondville, Qc (Canada) – A Quebec Web agency deploys an optimization solution (SEO) that can impact theoretically more than 75 million Websites in the world and generate growth for thousands of businesses. A simple optimization to the reach of all.

Nowadays, almost 28% of the Web is created from WordPress, 39% of all online shops on the web are made with WooCommerce (WordPress) and WordPress represents almost 59% of the market shares of CMS (Content Management System) in the world.

As much to say that WordPress, a CMS in constant evolution, improving with each new version and offering ever more of possibilities and effectiveness, is a major player in the world of the Web and a solution of viability and autonomy for a large number of entrepreneurs. Talking about Web also includes search engines (Google, Bing, Yahoo…) and the biggest problem of WEB companies today is not only in the digital transition (having a WEB showcase) but rather in the ability to exist in an ever denser environment where everyone plays elbows to be seen.

Finding a way to stand out on the Internet through Marketing (web), advertising or social media is the main challenge (even a dependency) of entrepreneurs, bloggers & marketers of our world with great reinforcement investment and strategy. However, a particular area, still relatively unknown, contributes every day to make the best of the web emerge and this sometimes, with simple solutions and appealing the logic of organic ranking, this is the SEO (Search engine Optimization), the domain of predilection in which Pagup, SEO agency works on a daily basis.

Improving the level of understanding and credibility of websites (the goal of SEO) is a work requiring both the discipline and experience, especially when it can directly impact profitability or even the existence of a business. The mere fact of arming its presence on the WEB environment has become an absolute need for a growing number of companies in the world, and quite often this can be summed up in simple changes in the way information is presented or made available for search engines.

Thus, after thousands of websites analyzes (SEO audit), a recurring pattern of under-performance is appeared on more than 95% of WordPress websites audited by the agency. A redundant problem, relatively unknown, almost systematically generating insufficiency in terms of content indexing capacity by search engines for the sites concerned and therefore a significant loss of effectiveness in terms of visibility. Although an optimization in good standing by an SEO specialist can easily overcome this problem, a so common situation, impacting as many websites worldwide, requires a solution that is adapted and accessible to all.

That’s why, after several months of development, and ever more conclusive results with hundreds of sites having directly benefited from this optimization, Pagup has unfailingly deployed its first WordPress plugin, an all-in-one, user-friendly solution, combining several optimization tools and accessible for as many people as possible: “Better Robots.txt – Index & rank booster “. This plugin, available for download on each WordPress site (validated by the “WordPress Plugin Directory Team”) in FREEMIUM mode (free) and on better-robots.com, in PREMIUM mode (more features), allows in a few clicks, no matter the WordPress site, to optimize the indexing and ranking capacities of a website while offering advice and documentation on the best common optimization practices.

“It is with pride that we offer this optimization solution, never before proposed on WordPress, allowing all each one having a website, without any particular knowledge, which was really important to us, to be able to pick up, without risk, the maximum of effectiveness of its Website … “argues Gautier Dorval, owner of Pagup. “There is nothing more frustrating than investing time and money in its website while its content is not simply read or indexed by search engines. The Better Robots.txt plugin corrects this problem on almost all WordPress websites in general and literally boost SEO. “, He says.

Directly accessible on WordPress, available for the moment in 2 languages ​​(French & English), Better-Robots.txt, at seen the results achieved, can directly impact the prosperity of thousands or even millions of companies and thus contribute local/regional economic development and the emergence of a richer Web. A simple solution that can make a real difference.

Pagup, SEO Agency has always given itself the mission to train and raise awareness on the issue of SEO, real rent of opportunity, as a viable solution to the medium-long-term economic development of Web-based businesses.

Pagup is a Canadian company, located in Drummondville (Qc), specializing in optimization processes for search engines, optimized web design and conversion systems for e-commerce solutions. In 2017, Pagup has audited nearly a thousand websites and deployed consulting services in Canada, the US, France, Belgium and Luxembourg. After hundreds / thousands of hours of optimization and training, Pagup is proud to  contribute to the betterment of the Web in general.

Looking for performance ? Have a look on our list of 150+ Growth Hacking tools

Did you try all
our WordPress plugins ? 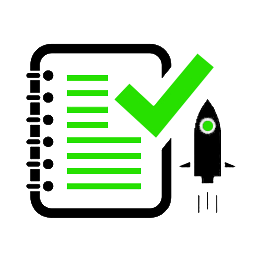 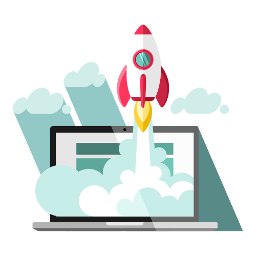 BETTER ROBOTS.TXT Boost your ranking on search engines with an optimized robots.txt